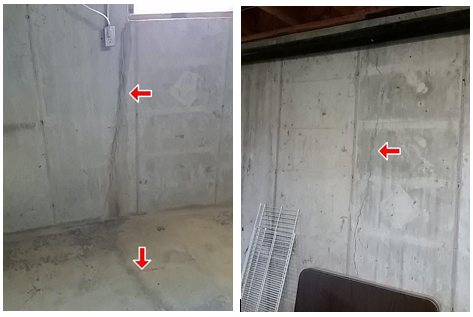 Foundation cracks, which are signs of foundation damage, can mean very different things depending on the material from which a foundation is made, the location, size, and shape of the foundation crack, and other site observations.

While a vertical foundation crack could be serious depending on its cause and on the type of foundation in which it appears (stone, brick, masonry block, concrete), these are often the least threat to the building. If there is significant vertical dislocation or signs of ongoing movement, further investigation is more urgent. If the cause is shrinkage (concrete, masonry block) it is probably less of a concern than if due to settlement. A vertical crack due to earth loading or frost would be unusual. [InspectAPedia]